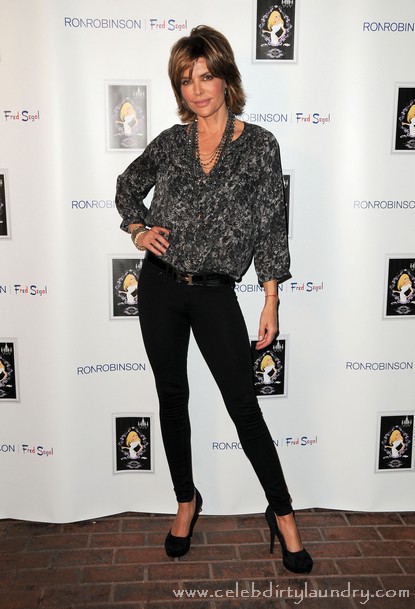 The dominant name for a replacement for Regis Philbin on ‘Live’ at summers end is Lisa Rinna.

“Lisa has proved she can do the job,” one executive at ABC said.  Adding “She has co-hosted the show with Regis, filled in for Joy Behar on her show and was even better than Billy Bush when she stepped into his shoes on ‘Access Hollywood’s’ new daytime show.”

No question that Lisa Rinna could handle the job but there are questions like what would her chemistry be like with Kelly and if she would she be willing to move her entire family from LA to NYC?

Lisa wouldn’t comment on any of the speculation but did say, “Regis taught me everything that I know. He is the king!”

Lisa pointed out that this wouldn’t be the first time she’s been up for the job.

“You know, back 10 years ago I filled in many times with Regis when Kathie Lee left,” Lisa said. “I’ve been so fortunate enough to co-host with him at least 10 times or more and was up for the job to replace Kathie Lee, but of course Kelly was the perfect choice for it.”

Will it be ‘Live with Lisa and Kelly ‘ or ‘Live with Kelly and Lisa’ – my bet is the latter.