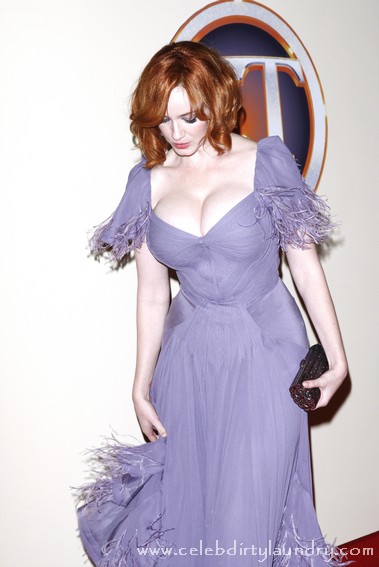 Plastic surgeons in the UK have said that the record number of breast augmentation cosmetic surgeries performed last year is due to women wanting to look like ‘Mad Men’ star Christina Hendricks.

More than 9000 women last year in the UK opted for cosmetic surgery in order to attain a figure that they see as more voluptuous.  The total number of operations performed is believed to have jumped by over ten per cent from 2009.  “That kind of increase in arguably the worst period of the recession is impressive,” an insider added. “Especially as the growth in demand had slowed down before.”

A source from the British Association of Aesthetic Plastic Surgeons (BAAPS) said: “Christina Hendricks is gorgeous, and the hourglass figure is definitely back in fashion. Let’s just say that heroin chic (skinny) isn’t the big thing at the moment.”

So again we see that life definitely imitates art – hopefully this phenomenon will not extend to Gabourey “Gabby” Sidibe.

CHRISTINA HENDRICKS RARE PLAYBOY PICTURES HERE – SO IS SHE NATURAL OR NOT?