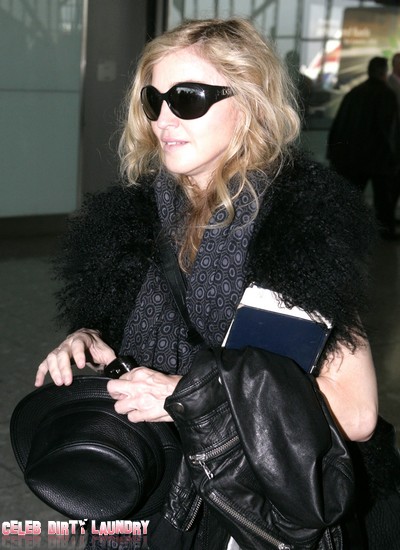 Madonna must be planning another comeback as the The 53-year-old has scored performance rights at both the London 2012 Olympics and the half-time show at the 2012 Super Bowl. You’d think she would realize by now that she is musically irrelevant – and quietly devote herself to her charities or boytoys or whatever – but no, she has to stick her plastic-surgery-engineered reconstructed face in the public eye.

Madonna will perform in front of 60,000 fans in Hyde Park next July when London will host the Olympics.

A source close to the Madonna told The Sun newspaper: “Madonna is planning a huge comeback and was determined to do it at Hyde Park while the Olympics are on.”

“She’s been out of the limelight musically for a while but is ready to jump back into the saddle and thinks there’s no better time to do it than when London hosts the Olympics.”

Earlier this week, it was also revealed Madonna is to perform at next February’s Super Bowl, where she will headline the annual NFL match after beating off competition from Lady Gaga.

A source said: “When Madonna heard Gaga was in the frame, she knew she had to step up her efforts. She is going to deliver the kind of show never seen before in NFL history.”

Maddona – please go away and leave us alone. Let the kids rock.