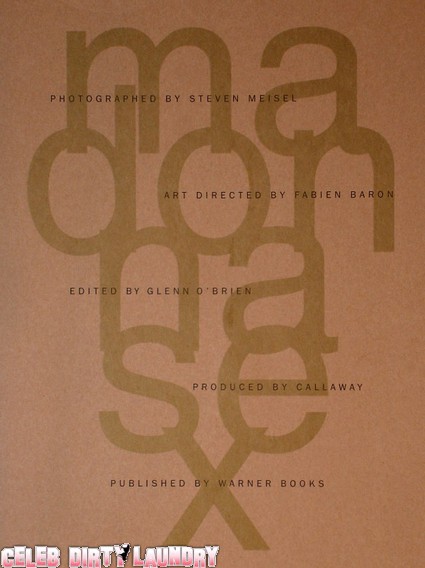 According to a new poll by Bookfinder.com Madonna‘s Sex book – imaginatively titled, ‘Sex’ – has topped a list of out-of-circulation publications fans most want to add to their bookshelves.

‘Sex’ is a coffee-table book authored by Madonna including photographs by Steven Meisel Studio and film frames shot by Fabien Baron. ‘Sex’ was released in 1992 by Warner Books as an accompaniment to her fifth studio album, ‘Erotica.’

The limited-edition release caused outrage when it was released and featured Madonna up to all kinds of shenanigans we can’t really describe in detail here!