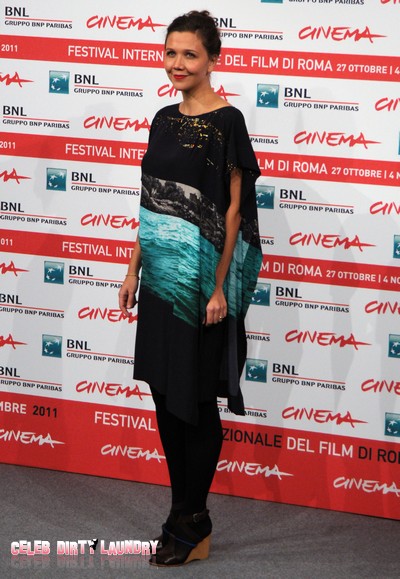 Maggie Gyllenhaal is very pregnant, perhaps as much as six months along, and is sporting a huge baby bump!  The 33-year-old Maggie already has a five-year-old daughter named Ramona with her husband Peter Sarsgaard and is now said to be expecting the couple’s second child early next year.

A friend told Life & Style magazine: “Maggie has been telling friends that she’s six months pregnant. Her bump is so big!   She’s thrilled to be pregnant! She and Peter have wanted another child for a while. They’re very happy that they’ll have another baby in the house soon.”

While Maggie and Peter are thrilled with their news, her brother, ‘Brokeback Mountain’ star Jake, is also delighted at the announcement that he is to become an uncle again.

The source added: “Jake is so happy that she’s pregnant again because he loves kids. Maggie’s said that he’s the best uncle and has done a lot of sweet things for her first child.”

Maggie and Peter – who live in New York with Ramona – have been in a relationship since 2002 but only married in 2009 after their daughter was born.