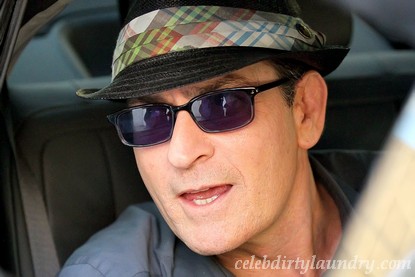 Charlie Sheen has been dying to do another Major League movie, but CEO of Morgan Creek might have some qualms about it — especially if Charlie is still addicted to drugs.

James G. Robinson, CEO of Morgan Creek Products compared Charlie to former drugged up actress Lindsay Lohan. He said, “I’m not going to risk putting Charlie in the movie if he continues messing up.”

He went on to say, “Obviously with Major League 3 there’s a huge part written for Charlie’s character…but after dealing with Lindsay Lohan on Georgia Rule, I can speak for someone who has experienced the difficulties of working with an actor dealing with addiction. I won’t go through that again. If Charlie doesn’t straighten up…I unfortunately can’t put him in the movie.”

He explained, “When Lindsay was doing Georgia Rule, she would miss full days of work. When an actor doesn’t show up for work, you can lose half-a-million dollars a day paying the 250 other people there for the shoot and the costs for the set.”

You can’t really blame the guy. He’s seeing what a colossal mess up Charlie is being with his TV show, so he has to be cautious with any movie plans.