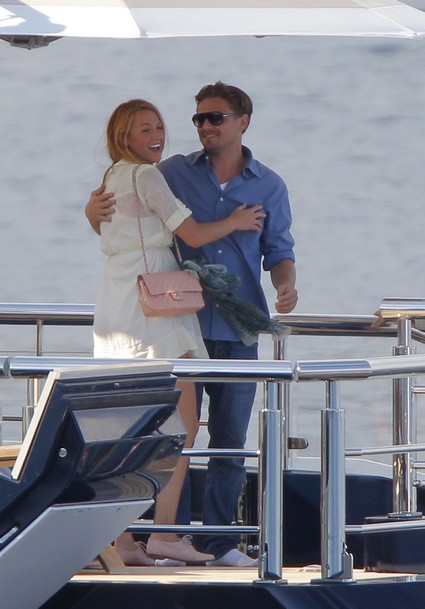 Blake Lively, the ‘Gossip Girl’ star, has been devastated after Leonardo dumped her and flew to Italy with his mother, telling Blake he needs space.  A good boy listens to his mom and Leonardo DiCaprio appears to have listened to his when deciding to dump Blake Lively.

Blake thought she was in tight with Leonardo but she hadn’t figured on the power of the mother-son relationship.  Leo and his German mom, Irmelin, are extremely close and Leonardo apparently adores her.  Blake’s friend say she is sure it was Irmelin who put the brakes on the romance because she didn’t think the actress was good enough for her only son.

‘”Blake’s a total mess,” according to a close friend.  “She tried hard to impress Leo’s mom when they met but Irmelin couldn’t stand her.”  “She told Leo that Blake was far too up herself for him.  Blake was nervous so she did talk a lot.”

“But his mom says all she did was talk about Gossip Girl and how she’s a Chanel model.  Leo listens to his mum and the fact that she didn’t like her has put him off.”

You know at they say – ‘you can always get another wife but you can never get another mother in your life.’