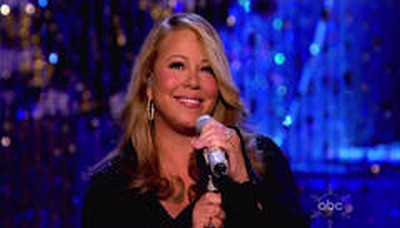 Mariah Carey, Jean-Claude Van Damme, Seal, Beyonce, and other stars make a fortune from personal appearences and performances with brutal dictators who have no respect for human rights. Do these stars simply dispense with their moral and ethical standards when they see big piles of cash? Or are they simply too ignorant to realize that their presence and apparent friendship lends a sense of legitimacy to these monsters?

For example, Hilary Swank is making news for her warm birthday wishes to one of the world’s most cold-blooded leaders, Chechen tyrant Ramzan Kadyrov.

On October 5, Swank attended the Chechen President’s lavish 35th birthday party, along with actor Jean-Claude Van Damme, singer Seal and British violinist Vanessa-Mae. For this engagement, each of these performers reportedly received hundreds of thousands of dollars in appearance fees. On videos posted to YouTube, Swank can be seen saying to Kadyrov, ”Happy birthday, Mr President.” Van Damme tells him, ”I love you.”

Kadyrov’s egregious human rights record makes this affectionate embrace deeply disturbing. Chechnya is known to be one of the world’s most violently repressive places.

The above example of celebs is in no way an isolated case. On the contrary, a list of greedy Western entertainers and celebrities, including Mariah Carey, Usher, Beyonce and Sharon Stone, have hired themselves out to some of the world’s most repulsive human rights abusers.

Carey, for example, performed in 2008 for the family of the late former Libyan leader Muammar Gaddafi, receiving a reported $US1 million from the Gaddafis for a four-song appearance on the island of St Barts in the Caribbean. Only after this performance was brought into public view did Carey express regrets: ”I was naive and unaware of who I was booked to perform for. I feel horrible and embarrassed to have participated in this mess,” Carey claimed, though her embarrassment apparently was not sufficient to cause her to part with her large pay cheque from the event.

Sharon Stone has a weakness for the handsome appearance fees for events with political leaders and oligarchs in Russia and other repressive settings throughout the former Soviet Union. In December, at a controversial gala the actress sang a duet of Blueberry Hill with Russian strongman and apparent dictator for life, Vladimir Putin. Stone reportedly receives a quarter of a million dollars for each of these appearances.

As for the entertainers who took part in the recent event in Chechnya with Kadyrov, while Swank has been shamed into donating her fee to charity, the others are apparently keeping theirs. Seal has, to date, vigorously defended his performance for the tyrant.

If fans in the West would take a stand and blackball celebrities who perform with or make appearances for tyrants and brutal dictators the guilty celebs would stop doing it.