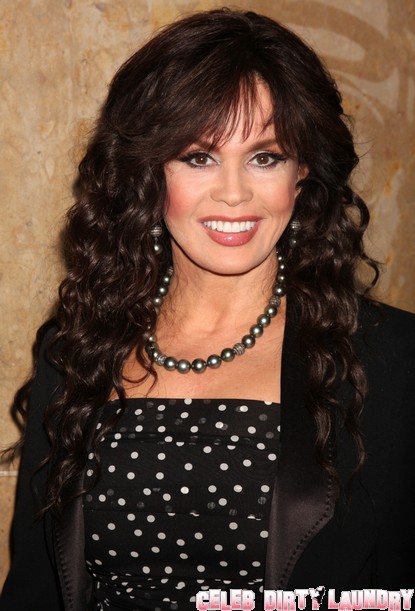 According to the National Enquirer Marie Osmond is battling her ex-husband, Brian Blosil, in an absurd stand-off over the last wishes of her late son, Michael, who committed suicide last year.

Marie, who recently re-wed first hubby Stephen Craig, is locked in a battle with another ex-husband, Brian Blosil, over which last name to put on their adopted son Michael’s head­stone.

A year after his sui­cide at age 18, Michael still doesn’t have a proper monument at a cemetery in Provo, Utah.

“Brian and Marie are still deal­ing with the fallout from their nasty 2007 divorce, and can’t come to terms on the name on Michael’s stone,” explained an insider.

Michael – who leaped to his death from his eighth-floor Los Angeles apartment in February 2010 – despised his father and was in the process of changing his last name from Blosil to Bryan, say sources.  Since Michael died without a will, both Marie and Brian have control over his estate.

Somehow this doesn’t sound like a battle two parents should be having over a dead child.