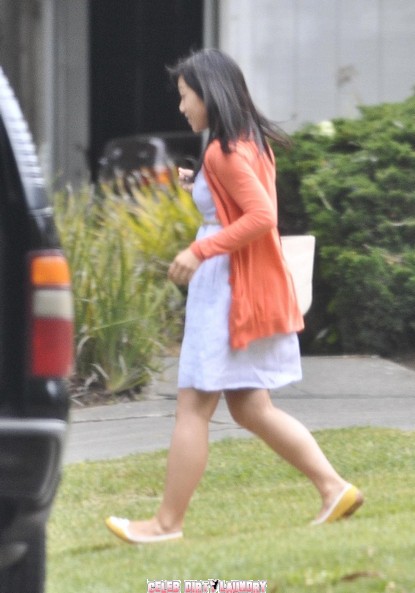 Priscilla Chan is rumored to be engaged to one of the digitial age’s biggest success stories – Facebook founder Mark Zuckerberg, 26.  The billionaire businessman and Priscilla  moved into a $7 million home in California earlier this year.   And the couple – dating since 2003 – are now rumored to be planning to wed after Zuckerberg’s pal, Microsoft boss Bill Gates, described Chan as his “fiancee”.

Bill said in an interview with the Daily Mail when discussing their philanthropic efforts: ‘I didn’t say to Mark, “Give me all your money!” He was predisposed to do it and he came to me seeking advice.

His fiancée Priscilla thought about education and he gave money to Newark, New Jersey, and we did a co-grant so that some of our people who had some expertise in that field could help him out.’

Earlier this year they adopted a puppy named Beast and looked every bit the happy young family when they posed for photos with the dog.  Clearly they are in a relationship.  Did Bill Gates let the cat our of the bag?  Are they engaged – I am sure we will soon find out!

Click on the thumbnails below to enlarge more pics!