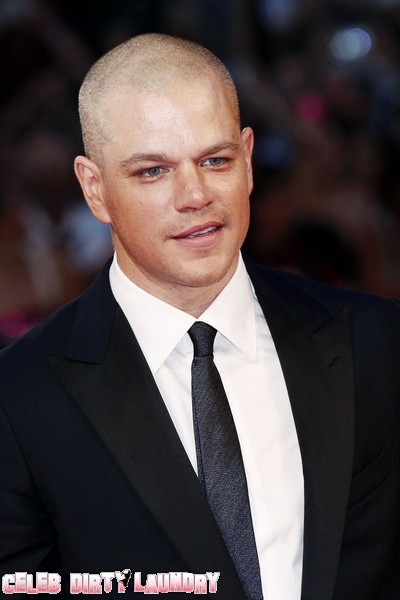 Matt Damon got to get up close and personal with real Lions while filming ‘We Bought A Zoo and he found it “amazing.”

Matt filmed close to a live African Lion who was focused on a zebra walking behind him – which left Matt in between a 500 pound carnivore and its prey – Yikes!

But Matt expressed no fear, only awe when he said: “I’d never seen a lion up close and when you look at their eyes they look like they’re 1,000 years old. They look like you can see into their soul, it was really amazing.”

“What they did to get him to look my way was they walked a zebra about 100 yards behind me and the lion looks up, boom, like that.”

“When you see that you just step back, it’s so impressive. Especially to be between the lion and the zebra. It was like, holy s**t. It was really, really amazing. I’ve never seen anything like it.”

Matt had the opportunity to learn a valuable lesson that day – at least if one lives amongst lions – never get between a lion and its dinner.