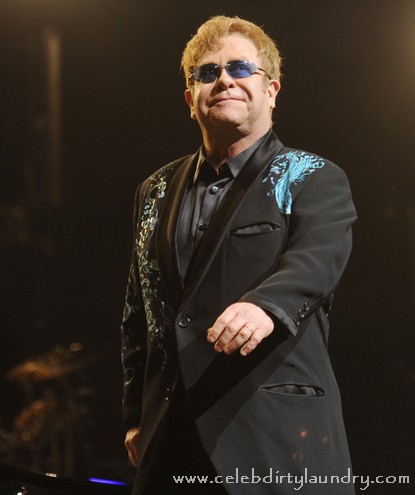 Matthew Morrision, who plays teacher Will Schuester in the musical TV series GLEE, thinks the openly gay new father Elton John should appear alongside Jane Lynch’s character, Sue Sylvester, as the boyfriend because he is a “living legend”.

Matt said: “We should find a spot for him to be on the show. That would be awesome. He’s a living legend. He just brings such a great energy and a great validity to everything he does.  He should do something with Jane Lynch. I think he should maybe play her boyfriend or some kind of love interest for her. I think that would be fun.”

Elton appears on Matthew’s upcoming debut album, and the actor-turned singer admits it was a fantastic opportunity to work with the perpetual hitmaker.

Matthew revealed in an interview : “I didn’t believe it was actually happening. I actually felt like I was a bad singer because we were singing a couple of his songs, and you’re so used to hearing that voice on these songs, and I’m like, ‘I don’t sound good on these songs.'”  “It was supposed to be a secret that he was going to be on my album, but he’s kind of telling everyone, so I guess we can talk about it. He’s just the most loving man, and we had the best time. He was so giving and so supportive. We just had a ball.”

Elton would be the latest in a long line of guest stars to appear in the series, if he were to accept the role. Previous star additions to the cast have included Britney Spears, Gwyneth Paltrow and Neil Patrick Harris.