Mayor Of Florence, Italy Lays Down The Law To Jersey Shore 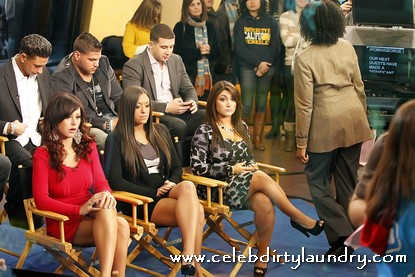 After visiting Italy, many tourists say that Florence is the most beautiful and quintessentially Italian city.  Well it seems that the mayor, Matteo Renzi, wants to protect Florence’s lofty status from the depredations of the notoriously low-class hijinks’s of the Jersey Shore cast.

Binge drinking and bar fighting are a staple for Jersey Shore but if Mayor Matteo has his way this behavior won’t be a feature of the crew’s stay in Florence.

Of course we’ll soon find out as the cast of the MTV show heads to Florence, Italy, where the mayor has given the show a list of strict rules to follow during their stay to film season 4.  The mayor has listed several rules in the Italian newspaper Corriere Della Sera for the ‘Jersey Shore’ cast to follow.

Matteo’s rules are pretty strict and they include:

Additionally, the cast will not be permitted to film inside of any historic buildings, though Renzi said he could not stop them from using Florence scenery as a backdrop for the show.

Renzi’s rules come after some Italians expressed outrage that the MTV show would be filming in their country.

Put another way, can Jersey Shore survive immersion in something more sophisticated than a Miami disco.