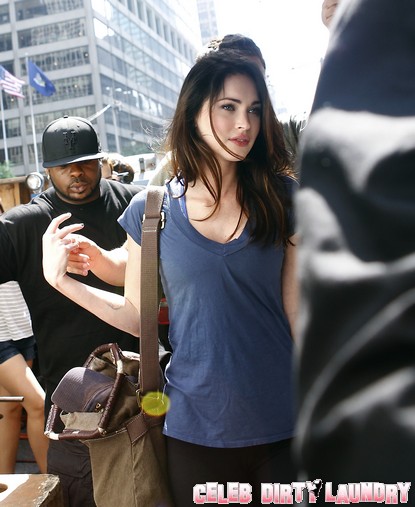 Megan Fox is really ticked off at Shia LaBeouf for going public with their affair in a recent interview with Details magazine. Reportedly, she was on a break with then-boyfriend, Brian Austin Green, when the two hooked up. Shia blabbed and now she’s miffed, royally.

A source said, “He has really upset Megan and Brian. They went through an incredibly rocky period when she and Shia were filming Transformers: Revenge Of The Fallen…having Shia run his mouth now and brag about sleeping with Megan is awful for them.”

Why should it be awful? She was said to be on a break with Brian and if she was honest with him about what she was doing, there would be no issue, right?

The source added, “Technically, she didn’t do anything wrong since they were on a break. Still, they are so angry at Shia.”