Megan Fox Wants To Be A Blond Bombshell! 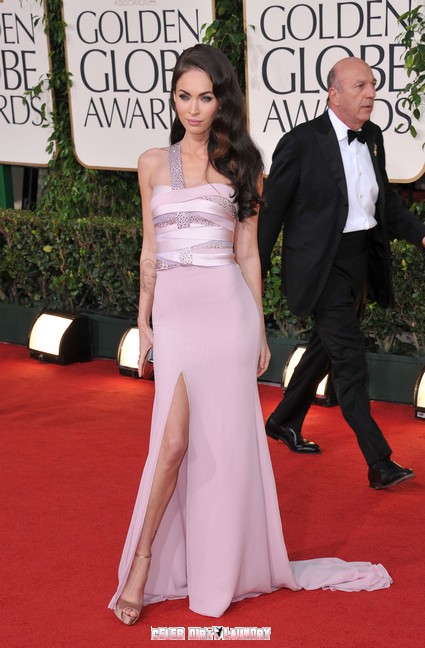 Megan Fox, 25, who is married to 90210 star Brian Austin Green admitted she always wanted to be a blond.  As a matter of fact Megan was always jealous of people who had blond hair because she thought it looked more exotic.  She said: “I always wanted to be blonde when I was little, like Barbie and Pamela Anderson, but it would really damage my hair.  It was exotic to me, as my entire family has dark hair. If I did it , I would go white blonde – really platinum.”  At one point Megan had a tattoo of blond bombshell Marilyn Monroe on her forearm

Megan recently shared her beauty secrets she does not use expensive beauty products but rather makes sure to hydrate her face with Grapeseed oil every 12 hours to keep her skin soft.  She told Marie Claire magazine: “I only take showers as I don’t like sitting in bath water. After my shower, I moisturise with Grapeseed oil from Whole Foods. It’s a great moisturiser and lighter than olive oil.”

Whatever she is doing it is working for her.   Megan has been voted over the years: Sexiest Woman in the World”; ‘The 25 Hottest Actors Under 25; and in Maxim’s Hot 100.