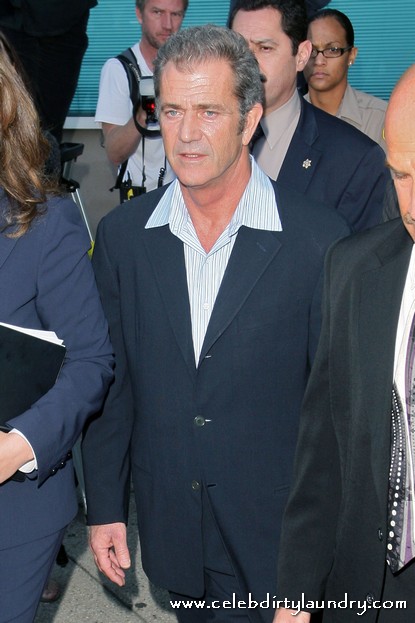 Mel Gibson has claimed tapes which allegedly document him attacking Oksana Grigorieva were “edited”.  The ‘Braveheart’ actor – who pleaded no contest to a misdemeanor battery charge last month after a physical altercation with his ex-girlfriend in January 2010 – explained while the tapes show “one terribly awful moment in time” they are not representative of the manner he has conducted himself in throughout his life.

He said: “Who anticipates being recorded? Who anticipates that? Who could anticipate such a personal betrayal? They were edited. I never treated anyone badly or in a discriminatory way based on their gender, race, religion or sexuality-period.”  “You have to put it all in the proper context of being in an irrationally, heated discussion at the height of a breakdown, trying to get out of a really unhealthy relationship.”

“It’s one terribly, awful moment in time, said to one person, in the span of one day and doesn’t represent what I truly believe or how I’ve treated people my entire life.”

The 55-year-old star – who has an 18-month-old daughter, Lucia, with Oksana – admitted while he could have carried the case on and maintained his innocence, he didn’t want to drag his family “through the sewer”.

Speaking to Deadline.com, he added: “I could have continued to fight this for years and it probably would have come out fine.
“But I ended it for my children and my family. This was going to be such a circus. You don’t drag other people in your life through this sewer needlessly, so I’ll take the hit and move on.”

Mel is confident he will achieve “some kind of justice” as he fights for custody of his young daughter because he has “a lot of faith” in the court system.  Mel admits he is forbidden from talking about the case due to a court order, but he is convinced he will secure a fair agreement with his former partner.

“It’s important to me that it’s dealt with correctly and it’s important that I maintain my integrity through this for the sake of those I love. So speaking about it is just not on and apart from anything else, I’m prohibited by court order.  “Now, the system is flawed as we know, but you’ve got to ride with that. I think that it will all eventually come out in the wash and I’m depending on that. I have a lot of faith in that… . At the end of the day, they’re trying to work in a fashion that achieves some kind of justice. I’m going to hook my hitch onto that and follow that through.”