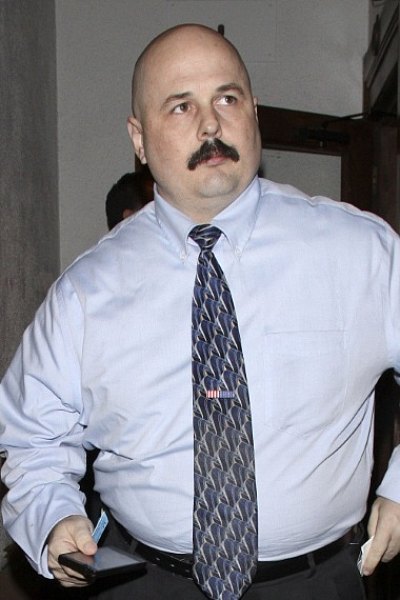 Even though Oksana Grigorieva’s former bodyguard, Kristian Herzog was ordered to stay away from baby Lucia, he has since hopped the fence on to Team Mad Mel.

Mel Gibson’s attorneys are demanding documents from Kristian that they believe will make her out to be a liar and a fraud, according to TMZ. Reportedly, Kristian has been subpoena’ed by Mel’s team to give over every document and photo that proves he had a relationship with Oksana. In addition to that, they want his correspondence with Oksana’s lawyers and the reported thousands of emails, text messages, private photos, videos and voicemails that he shared with Oksana. He said that he had those items when he claimed that Oksana was a victim of domestic violence.

Mel’s lawyers also want all emails and photos to back up his claim he and Oksana were more than friends.They’re also after all photos Herzog took of Oksana and baby Lucia or any pics he has of himself with Oksana.

The subpoena also asks Herzog to provide documentation for various comments he made to TMZ.

Fact is … Herzog was present at virtually every meeting Oksana had with her various lawyers, and there’s no attorney-client privilege that would prohibit him from spilling the beans.

If he does, in fact, have any of the stuff that Mel’s team is looking for….Maybe it’s time for Oksana to start trying to cut a deal? Or perhaps she should try some damage control?

Who do you believe???