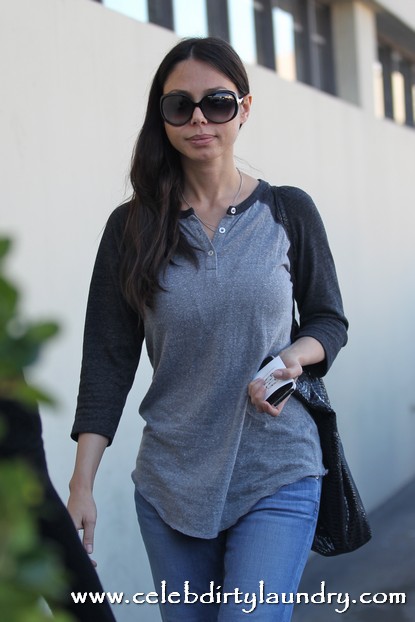 The pair is set to be served with subpoenas to appear before a deposition in Mel’s child custody war with Oksana over Lucia.
Hutton Gibson – an ultra-conservative Catholic who has made a series of racist rants and once declared Pope Benedict XVI is gay – will be questioned about what Mel confided to his father about the Russian musician and what led to the pair’s now infamous blow-up.

Oksana’s lawyers will also attempt to determine if there was a motivation or pattern for Mel’s alleged domestic violence toward women.  The Lethal Weapon star was married to Robyn Moore for 28 years before he dumped her for Oksana, 41.  Oksana’s legal advisers want to probe Robyn about the sworn affidavit she submitted to a Los Angeles court stating Mel, 55, was never abusive to her nor his children.  Oksana told cops Mel once admitted hurling a television at his wife.

“Mel was telling several times how he threw a TV into her (Robyn) once when they were arguing,” one source claimed.  “Oksana said, ‘Thank god he missed and the TV fell out a second story window.'”  Oksana also said she personally witnessed Mel hitting his youngest son Tommy in the head, while at a hockey game at Los Angele’s Staples Center.

“Oksana told authorities about Mel’s ‘angry outbursts’ toward his own family and friends,” said a source, with knowledge of the case.  “Oksana has suggested Tommy was assaulted and her lawyers believe the child would have confided this in his mother.”  On March 11, Mel pleaded no contest to a misdemeanor battery on a spouse or cohabitant in the Los Angeles Superior Court, resulting from the incident with Grigorieva which she said knocked out her teeth and gave her a concussion.

The actor received a sentence of three years probation and was ordered to attend 52 weeks of counseling in a domestic violence program.

A deposition of Hutton, 91, would certainly make for a dramatic showdown: he once claimed Jews invented the Holocaust and his son, promoting The Passion Of The Christ, refused to denounce the outburst.   Like father, like son?