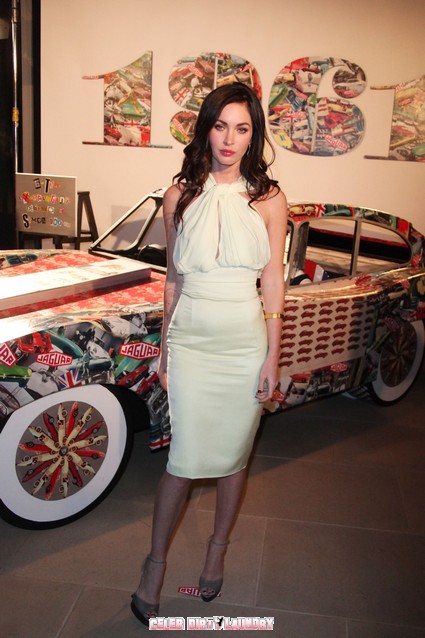 Megan Fox has stated that she will not return for the Transformers 3 movie, but she conveniently left out that it wasn’t her choice. Director, Michael Bay, is now revealing that he was forced to fire her before production of the third film started.

Fox was originally cast, but after referring to her director as “Hitler” during an interview, Steven Spielberg demanded she be removed from the film.

After her disrespectful comment was released, crew members from the movie took to Michael Bay’s blog to defend the director. They stated that Michael gave her “the biggest shot of any young actresses’ life” and referred to the Fox as “dumb as a rock”.

Transformers put Fox on the map and made her an instant sensation. The bombshell has even been compared to Angelina Jolie, but the crew members quickly deny their similarity. “She’s no Angelina. You see, Angelina is a professional.”

Ouch! Lesson learned, Megan, looks only get you so far. Victoria’s Secret model, Rosie Huntington-Whitely, will be taking Fox’s place in Transformers 3 which premieres June 29th, 2011.