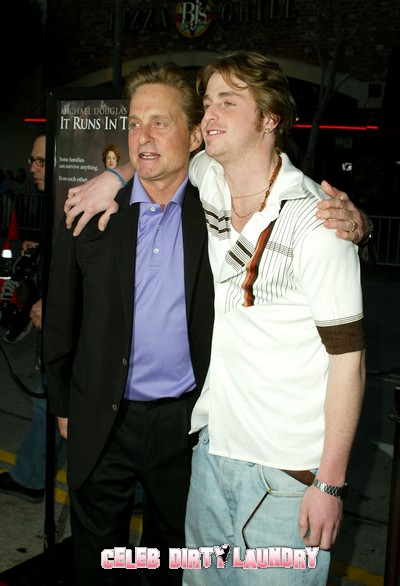 Michael Douglas‘ already imprisoned son Cameron seems determined to do a life sentence on the installment plan.  Cameron Douglas has pled guilty to a new and additional drug charge.

Cameron snagged a five year sentence this April after the wayward brat pled guilty to possession of heroin and dealing methamphetamine and cocaine.

Now the genius has entered a guilty plea to a narcotics possession charge while in prison which has landed the junkie an additional year inside.  He admitted yesterday that he managed to get drugs in prison while serving his sentence.

The 32-year-old Cameron man is believed to have owned up to possessing drugs from May through to last week after illegal substances were found in his cell.

Following his admission, Federal Judge Richard Berman questioned the security at two federal prison facilities.  Security? What security?  They say that its easier to get drugs in many prisons and jails than on the street.

At Cameron’s trial in April – which was attended by Michael and his ex-wife Diandra Douglas – he was given half of the 10-year sentenced he faced and credit for eight months already served.

The DJ and actor told the court of a wish to turn his life around and become an “entertainer.”

Guess old Cameron decided to entertain himself with drugs while serving his time.

He said at the time: “I apologize to my family and my loved ones for putting them through this nightmare of my making.  I ask for an opportunity to be a role model to my younger brothers and sisters.”

Well Cameron, I guess you can’t be much of a role model when you can’t obey the law.