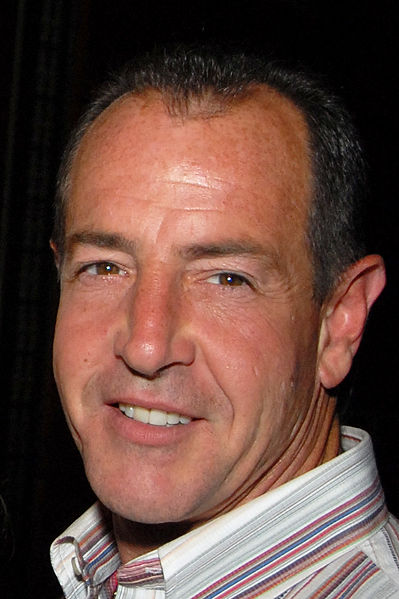 Michael Lohan – the man who promised to stay out of the pubic eye with daughter Lindsay’s business has now admitted that he agreed to pay off Dawn Holland after the ex-Betty Ford Center worker accused Lindsay Lohan of assault.

We learned that Holland cut a secret $25,000 deal for refusing to cooperate with the police investigation into her altercation with Lindsay.  Holland denied there was a deal but now Lindsay’s dad has come forward and charges that he agreed to pay Holland and claims she then got “greedy.”

Michael Lohan released the following email which basically explains that the Lohans’ are being blackmailed by Dawn Holland: “I am coming forward without regret, to tell the truth about the Dawn Holland situation with my daughter. Lindsay.  From the night of this occurrence, I have been aware of the entire situation.  Dawn DID assault Lindsay while demanding a urine (test) and took it to another level when Lindsay demanded the phone.”

Michael continues: “Since then, Dawn has had her attorney meet with me, negotiate with me and even propose a ‘deal’ with me, her lawyer and Lindsay’s lawyer, Shawn Holly (Chapman) and while I agreed to Dawn Holland’s initial ‘number’,  to procure financial stability due to getting fired, she got greedy and took it to another level.”

“Dawn DEMANDED that Lindsay agree to a sit down interview to make ‘amends’ for the sake of the public NOT because Dawn wanted to set the record straight, but because she negotiated a deal to make more money from the interview.”  “When Lindsay said that amends don’t need to be a public thing, and she would  NOT do it publicly, Dawn fired her lawyer and hired another one out of vengeance.”

“With Dawn Holland’s record for abuse, her assault charges, her credibility and desire for money, I believe that the courts and public will see, that this is a woman, whose motives and intentions, to set Lindsay up, so she could have financial gain.  If she really was or is in ‘recovery’, she would seek it in an emotional way, rather than financial.”

“If this was any other person, in the same situation, Dawn, nor the authorities would ever pursue it in this fashion.”

We agree with Michael 100%.  Since Dawn was fired from Betty Ford for leaking her version of the incident with Lindsay to the media it has been clear that Dawn is nothing but a blackmailing ex-junkie looking to profit from others’ misery.

The Lohan’s should have nothing further to do with her and let the cards fall where they may.  If you give in to a blackmailer then you will never find peace.

Responding to Michael’s charges, Lindsay’s lawyer Shawn Chapman said: “I have never entered into any agreement with Ms. Holland or with any representative of Ms. Holland, on Ms. Lohan’s behalf or otherwise, for money to be paid to Ms. Holland, either directly or indirectly.”

Of course this is what a lawyer will say – they simply had Michael do the dirty work – but now dear old dad can’t keep his mouth shut – as usual!