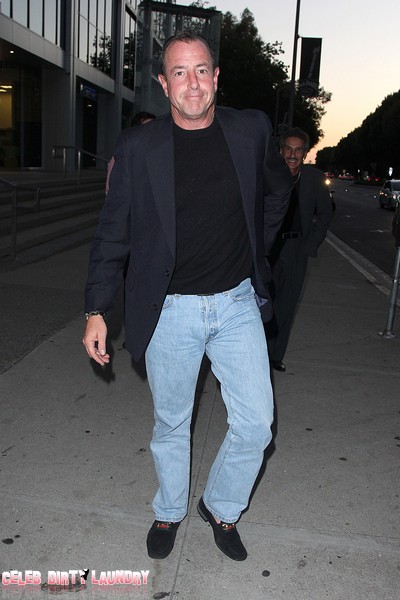 Michael Lohan – the failed Tarzan – was formally charged today for his actions resulting in his two most recent arrests involving Kate Majors and faces up to 4 years in prison.

Lohan was arrested twice is a period of 2 days a couple of weeks back: the first arrest was for assaulting Kate over a refused blow job; and the second arrest was for violating the judges protective the very next day… and resisting arrest.

TMZ was on the scene and reported: MiLo was charged today with 2 misdemeanors for the first arrest — domestic violence and violation of a domestic injunction. And 2 for the second — resisting arrest without violence (after allegedly trying to flee from police and falling into a tree) and violating a condition of pretrial release.

If convicted on all charges, Michael faces a max of 4 years in jail.

How will Michael get his crazy butt out of this fix?