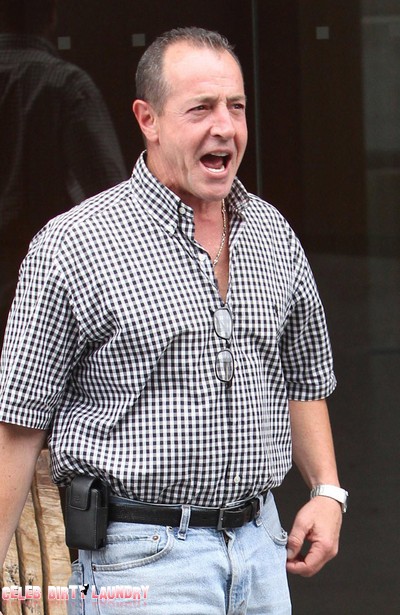 Michael Lohan was in court today to face charges of domestic battery and Papa Lohan got to hear some scathing words from the judge. When Michael’s lawyer told the judge that his client had an “invitation” to visit Kate Major – the judge freaked and responded by saying: “If he has a restraining order, he’s not allowed to come up to see her.  He’s not allowed to be around her. Does he not know how to read?”

His pissed off honor continued: “He’d better understand. If you even dream about her and violate my order then you will go to jail.”

The 51-year-old TV personality – the father of actress Lindsay Lohan – appeared in front of a judge in Tampa, Florida, after being arrested for allegedly assaulting his girlfriend Kate Major in the early hours of Tuesday morning.

The judge set bail at $5,000 and ordered Michael to be kept in custody until 6pm this evening.

A police report obtained by TMZ.com alleges Michael flew into a rage after she refused to perform oral sex on him and “the defendant again pushed her multiple times and squeezed her arms. She suffered minor bruising and complained of shoulder pains.”

The police report also claims Michael smashed Kate’s cell phone and threatened to throw her from a fourth-floor balcony.

In March, Michael was arrested for allegedly assaulting journalist Kate, with police reporting he had attempted to choke her and injured himself to prevent her calling for help.

In July 2010, Kate accused Michael of attacking her at their home in Southampton, New York, claiming he threw her off a chair and kicked her in the face during an argument.