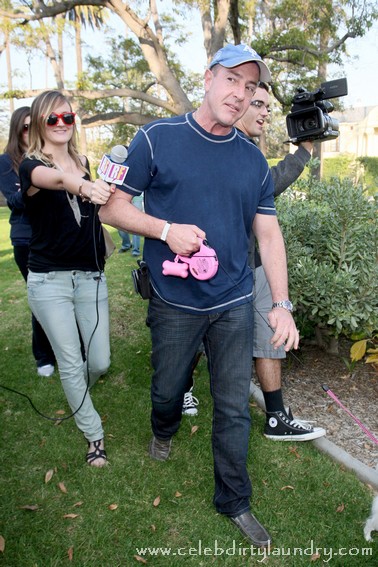 Lindsay Lohan Failed To Show Up for David Letterman’s ‘The Late Show’ because she was not in fact properly scheduled and once again it was daddy who created the problem.

Lindsay, who’s appeared on Letterman’s show five times, was the subject of a Top Ten List last just last week – “The Top Ten reasons Lindsay Lohan’s out of control.”   David said someone (reportedly Lindsay’s father Michael) called up his show to tell them “Lindsay thought that joke was hilarious … She wants to be on your show.”

Lindsay Lohan was advertised earlier this week to present David Letterman’s Top Ten List via a satellite feed on The Late Show on  Thursday, it turns out no one from her camp officially booked her, leaving David admittedly “duped.”

After the appearance was announced, however, Lindsay took to Twitter and said she wasn’t booked for the show, leaving David and his team embarrassed.  Tom Keaney, a spokesperson for David’s camp, said in a statement Wednesday, “We made a mistake.  Someone purporting to be a friend of Lindsay’s reached out to the show yesterday, allegedly on her behalf, and booked her to appear,”  he said. “Clearly, this person was not authorized to make commitments on her behalf.”

On his broadcast Wednesday, David gave Lohan a sarcastic apology, saying, “It turns out we were duped, and I have no one to blame but myself, and boy is my face is red.  I hope I didn’t embarrass you Lindsay and your family.”

I’m sure that David knows that it takes much more than a booking mistake to embarrass the Lohan’s – if they are capable of embarrassment at all.