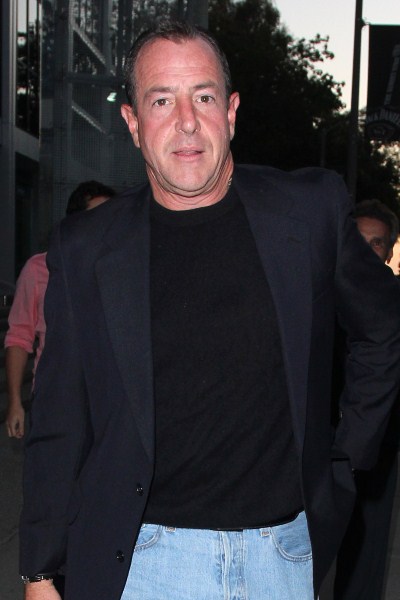 Michael Lohan would be working on a chain gang if we were living in the past but he is still doing ‘hard time’ locked up in solitary confinement.

Papa Michael, the man with the anger management issues, and the father of Lindsay Lohan – was arrested twice last week after he allegedly assaulted his girlfriend Kate Major and then reportedly broke a restraining order against contacting her following his release. The amazing Michael didn’t improve his chances for release following his second arrest with his dramatic but failed attempt to escape police – leaping from a 3rd story balcony and crashing into some trees. It seems both father and daughter Lohan have difficulty following the instructions and orders of law enforcement officials – whether cops or judges.

Michael is expected to be kept in solitary until his hearing on Wednesday, November 9.

Despite his solitary confinement, Michael has been allowed to make phone calls and has been in contact with his former lover, Kim Granatell, from ‘The Real Housewives of New Jersey.’

Kim’s friend Tom Murro said: “Kim has spoken with Michael who told her he was in a lot of pain.”

No special treatment for Michael as he is being treated the same as all of the other prisoners. A spokesperson from the jail said: “His typical meals are scrambled eggs, ham, toast and milk for breakfast; a bologna sandwich and milk for lunch, and a chicken patty and pudding or apple sauce for dinner.”

Michael’s current troubles stem from being accused last week by Kate of attacking her after she refused to perform oral sex on him.

The police report stated: “The defendant again pushed her multiple times and squeezed her arms. She suffered minor bruising and complained of shoulder pains.”

He is also thought to have smashed his girlfriend’s cell phone and threatened to throw her from a fourth-floor balcony before police arrested him.

What is wrong with Michael Lohan – please tell us!