Michael Lohan Violates Restraining Order – Arrested And Back In Jail 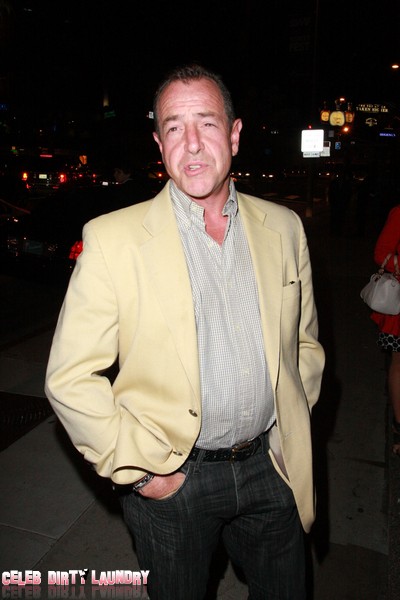 Michael Lohan violated his restraining order again and then when the cops came to arrest him he jumped from his 3rd floor hotel room – in a desperate escape attempt – or a failed suicide bid – and landed in a tree. After the police managed to get the lunatic down from his perch they dragged his sorry ass back to jail – less than 12 hours after being released from jail. Michael was placed under arrest for violating a condition of his pretrial release (presumably for contacting Kate) and resisting arrest without violence.  What is this dude on?

How did Michael violate his restraining order against Kate Major? According to TMZ, Michael is believed to have got in contact with Kate by phone and then she notified police early this morning. After interviewing her at the same apartment Michael is alleged to have assaulted her earlier this week, police arrived at the showbiz patriarch’s hotel – but he tried to avoid arrest by jumping from a third-story balcony, and fell into a tree.

Michael IS his own reality show – imagine him thinking he could evade the police by escaping though his hotel room window – was he too distraught to realize it was on the third floor – or was this a failed suicide attempt. In either case -escape or suicide attempt – the slapstick nature of Michael’s entire week can’t be ignored. Of course Lindsay’s dad is really more of the type that drives OTHERS to suicide rather than the type who takes his own life.

This latest chapter in the crazy life of Michael Lohan occurred after was let go from the Hillsborough County prison in Tampa, Florida, Wednesday evening after he appeared in court earlier in the day on charges of domestic battery.

A police report obtained by TMZ.com alleges the TV personality – who was arrested in March for allegedly assaulting Kate – flew into a rage after she refused to perform oral sex on him.

The report stated: “The defendant again pushed her multiple times and squeezed her arms. She suffered minor bruising and complained of shoulder pains.”

He is also thought to have smashed his girlfriend’s cell phone and threatened to throw her from a fourth-floor balcony.