Mike ‘The Situation’ Sorrentino To Bounce Off Jersey Shore 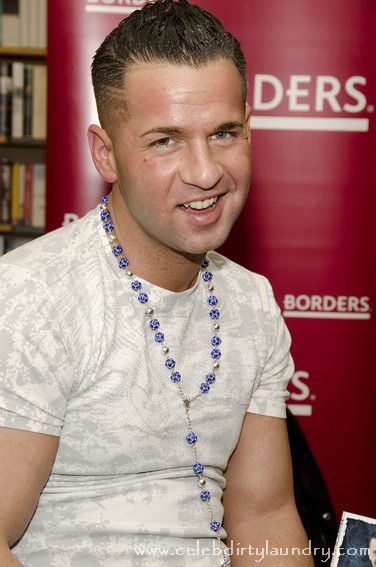 If Mike Sorrentino gets his way The Situation on Jersey Shore is about to change.   Mike has bigger and better projects than TV in mind.

The Situation is ready to be a movie star – and he is explained why he plans to leave the show : “Hopefully by the end of the year I’ll be in a movie,”  The Situation boasted in Dallas where’s he’s already partying for the Super Bowl. “There’s only so long you can rule the reality world.”

But don’t panic – Mike is not running away any time soon:  “Maybe another year or so of reality, and then I’m gonna graduate to movies.”   The Situation declared after completing  a guest spot on Jamie Foxx’s radio show on Sirius. “It’s like Michael Jordan. There’s only so long you can keep winning them rings.”

The Situation gets full marks for arrogance – if nothing else.

“You gotta move on and try something different,” Mike went on,  “I love to be in front of the camera; I love performing; I love entertaining so movies is definitely the next step.”

But before The Situation can dominate the big screen, he’s shooting season four of his MTV show in Italy and It will be his very first time in the country.   “I’m actually gonna get me some Rosetta Stone,” he told me of his plans before the trip, “I got two months to learn it. My name comes from Italy so I’ve got a little bit of heritage there. Plus maybe I can get a hometown Italian chick.”

This clown will be lucky if he doesn’t wind up sleeping with the fishes… .