Miley Cyrus Gearing Up For A World Tour 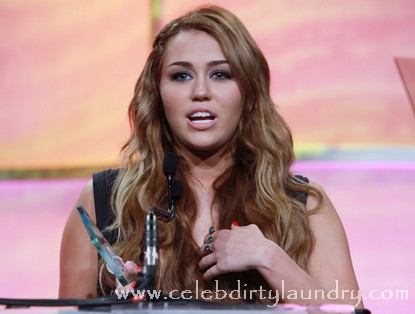 Miley Cyrus, 18, is on a regular exercise regimen to prepare herself  both mentally and physically  for her much-awaited world tour.  The tour is said to be kicking off on April 29, when Miley will fly to Ecuador to play to her fans in Quito, Ecuador.  Then on May 1, she will be in Peru’s Explanada del Monumental.  Tickets for both the shows will go on sale next week.

A source reports, “Miley has a huge fanbase worldwide,” a source said. “She’s pumped that her scheduled has opened up and allowed her to perform for fans abroad.”

Apparently, Miley has a lot of fans worldwide and she is really happy that her schedule allows her to play to her fans abroad.  Meanwhile Miley must be really happy with the news that her father Billy Ray called off the divorce to her mother Tish.    On the March 18, 2011 episode of The View, Billy Ray revealed that he and his wife Tish kissed and made up.