Miley Cyrus To Ring In The New Year With Liam Hemsworth 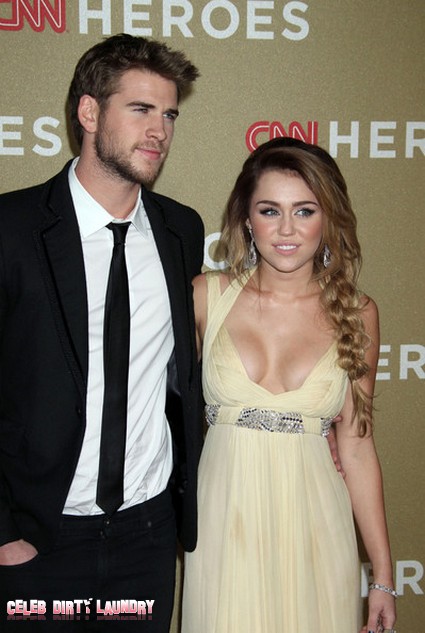 Miley Cyrus plans to spend New Year’s Eve with her favorite dude, Liam Hemsworth in a rather low-key get together with a few close pals. An insider tells Hollywood Life that Miley wants to ring in the new year with the man she loves the most and that she wants to keep things simple.
“Miley wants to have a fun low key New Year’s with Liam,” according to the insider.

The source added: “There might be a few friends involved, but she’d rather just be cuddled up watching the ball drop and seeing a movie with her boyfriend. She is really in love and just wants to have a quiet, fun night, with a nice dinner too.”

Miley is a big fan of Liam tweeting about him lately to all of her many fans – including asking them to vote for him as Best Boyfriend of 2011. At least Liam won’t get beaten out by Jesse James for that title!

Do you think that Miley can stay of the weed during her New Year’s celebration?  Vote in our poll below.