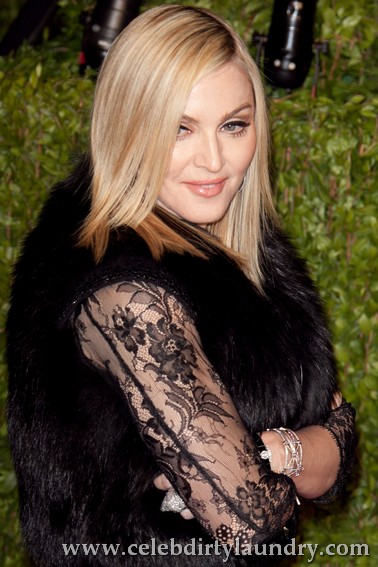 Madonna‘s project to build a girls’ school in Malawi was tossed because its managers squandered millions of dollars.  An audit revealed that $3.8 million was spent before construction for the $15 million academy even began, The New York Times reported. Two key players – executive director Phillipe van den Bossche and school leader Anjimile Oponyo — were sacked, and Madonna and her manager are taking control.

The pop icon told The New York Times she was pleased with other work Raising Malawi has done but is working on fixing the financial disaster. “While I’m proud of these accomplishments, I’m frustrated that our education work has not moved forward in a faster way,” she said.

Madonna donated $11 million of her own money to co-found the organization with Michael Berg, the co-director of the mystic Jewish movement known as Kabbalah, of which Madonna is a member.  A global philanthropy pro, Trevor Neilson, was recruited by Madonna in November 2010 when the singer realized her organization was being poorly managed. According to the Times, Neilson and his Global Philanthropy Group warned Madonna that trying to build a multi-million dollar school for about 400 girls in a desperately poor nation was a poor use of resources.

He added that his group has thus far been unable to figure out “exactly what happened to all of that $3.8 million.  We have not accounted for all the funds that were used.”

Some of it, according to the newspaper’s report, went to funding golf club memberships, private homes and vehicles, and lofty salaries for Raising Malawi’s staff in Africa.