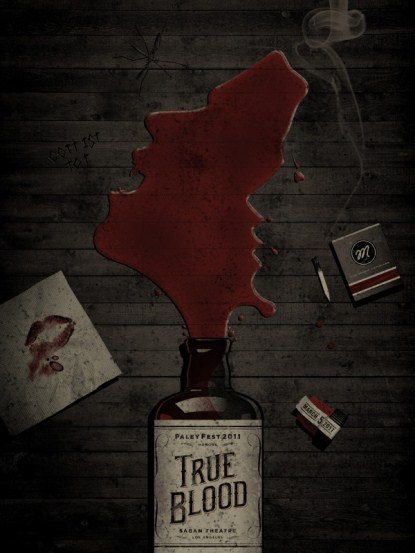 So for those who love Sookie & Bill together it won’t be happening this season.   Bill’s betrayal of Sookie is so deep Sookie does not see a future for them.  I am sure they will find their way back to each other but it will take a long time and probably many seasons.

Sookie is going to be busy this season with Eric.  From the video below it seems that they are staying close to the novel and Eric will lose his memory.  Alexander Skarsgard said  “Things are definitely not stable for Eric, He doesn’t know who he is anymore. He’s very lost.”

Eric’s maker Godric will return this season – no word how maybe in a dream to Eric.

Hoyt and Jessica and still trying to find acceptance in the world.  Jessica said “The fairy tale can’t last forever.  But maybe reality is better.”   Love the character of Jessica she is one of the better actresses on the show.

Lafayette’s boyfriend will be back and they are still happy together but that could be because Lafayette is under his spell.

Sam Trammell will get another chance at love.  Sam’s brother Tommy will be back and still bad seed.  They will be introducing more shape shifters this season.

Tara will also return and reportedly she will actual find happiness.  Poor girl has not had too much luck with men.

How does it sound to you?  Are you excited for the return of True Blood?  Are you like me and glad to see the end of Bill and Sookie?