Mitch Winehouse To Sing For The Amy Winehouse Foundation 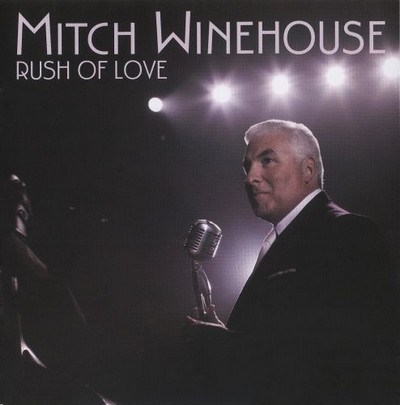 Mitch Winehouse will perform to raise funds for charity (and to publicize his new album) for the second time since Amy’s death – Mitch will be singing to benefit The Amy Winehouse Foundation at a charity brawl.

The father of Amy Winehosue, who died at her London home in July at just 27 years old will sing some songs from his new album ‘Rush of Love’ following the charity fight at Proud2 in London’s The O2 on October 22.

Mitch sang at the Big Reveal charity show at the Hilton hotel in Park Lane, London, in September where he struggled to hold back tears during the emotional show.

Amy’s father launched The Amy Winehouse Foundation on what would have been the late singer’s 28th birthday last month to help a number of causes close to Amy’s heart including providing support for young people especially those in need due to “ill health, disability, financial disadvantage or addiction.”

He said: “I was in New York when I received the terrible news about Amy. It was almost instantaneous, this feeling that we need to help people she cared about. Amy was very generous and we kept coming back to the thought of how much she loved children. It seemed appropriate that the focus of our work should be with young people, those who are vulnerable either through ill health or circumstance. Amy touched millions throughout the world and I know she will continue to, through the foundation.”

Mitch is now a full-time entertainer – much in demand – but he was a taxi driver before Amy hit the big time.

Not to be cynical but Mitch is suddenly releasing records? Along with his latest CD comes an 11 page family photo album so it is pretty clear that Mitch is playing the Amy card… .

We quote from the JazzTimes blog as they pan Mitch’s recording:  “Sadly, his musical gifts are comparatively meager. Winehouse attacks songs like an ill-trained boxer, punching too hard and demonstrating little in terms of finesse. His range is limited, his ability to sustain notes spotty at best. Perhaps most troublesome is his failure to achieve much, if any, emotional substance.

Obviously the daughter did not get all her talent form the father – nobody in recent times sang with more emotional depth than Amy Winehouse.