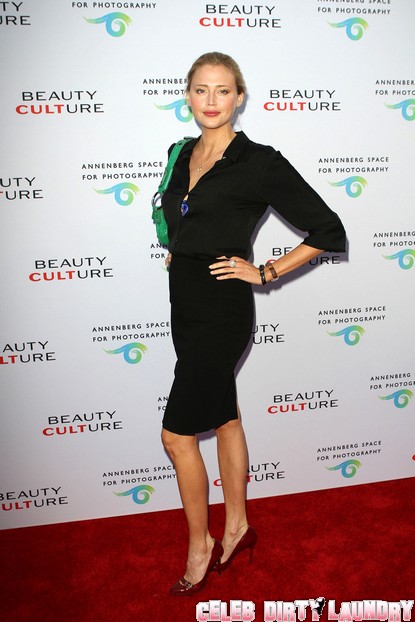 It’s been awhile since we’ve heard her name pop up, so when Canadian model/actress Estella Warren was charged Monday night with drunk driving, hit and run, and assault – it came as quite a shock.

Originally from Peterborough, Ont., officers booked her after being accused of colliding with three parked cars in her hybrid Toyota Prius.  She allegedly left the scene, only to be found shortly after by police officers where she resisted arrest and kicked an officer.

How drunk was she?  Sounds like she’s got herself in some serious trouble!  If all that isn’t bad enough, TMZ reported she tried to slip out of her handcuffs and flee, only to be additionally charged with felony escape.

Estella is best known for her role as Daena in the 2001 remake of Planet Of The Apes and has also appeared on the popular TV shows, Law and Order, and Ghost Whisperer.

Her bail was set at $100,000 following 15 hours in jail before being released.  All I can say is thankfully no one was hurt, but the girls’ got a tough road ahead of her with the many upcoming legal battles.