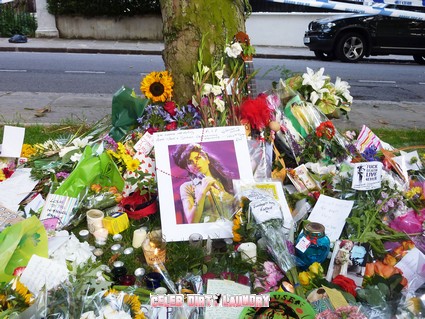 As news broke around the world of Amy Winehouse’s (not so shocking) sudden death, slowly but surely new details are emerging. The 27 year old (the strangely common age for certain celebrities to overdose) passed away this weekend, and according to reports, she died alone and was found in her bed by her security guard.

Chris Goodman, a rep for Winehouse, confirmed that the singer was discovered not breathing in her bed by a security guard who was hired to look after the troubled singer.

Goodman told TMZ, “She was in her bedroom after saying she wanted to sleep, and when he went to wake her he found she wasn’t breathing. He called the emergency services straight away. He was very shocked. At this stage no one knows how she died. She died alone in bed.”

Although the exact cause of death has not be determined, speculation of the singer overdosing probably won’t be far from the truth after her ongoing battle with substance abuse.  The public will find out soon enough, either way it’s a sad story.  One that unfortunately wasn’t that big of a shock.  Autopsy reports are expected Monday.