Mother Of ’16 and Pregnant’ Star Arrested For Meth and Weed 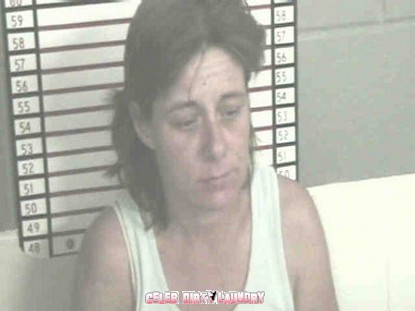 April Purvis, the mother of 16 and Pregnant teen mom star, Whitney Purvis, was arrested on Sunday for possession of marijuana and methamphetamine.

April and another man, Victor Clement, were pulled over during a traffic stop by the Floyd County Police in Georgia. Police found less than an ounce of marijuana in the car but upon further searching came up with some methamphetamine in April’s purse.  Both parties were charged with a misdemeanor for pot and April was given a felony charge for the meth.

The special part of all this is that Ma Purvis is pregnant – along with her daughter Whitney! So not only will her child have her, April, for a mother – already a huge handicap – but will also suffer from being poisoned by drugs in the womb.

Do they pay these losers to screw up even worse than they have already?

These people are so trashy as to be living and breathing caricatures of trash. Televising these pathetic excuses for human beings is no better than having a camera in a restroom – maybe worse.