MTV Gets Skinned With ‘Skins’ – 1/2 The Audience Missing For Second Show! 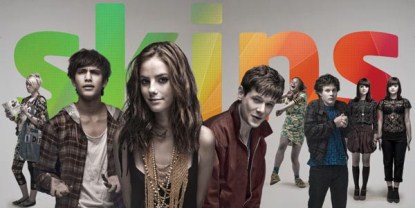 MTV is taking a beating with the new adaptation of the British show ‘Skins.’  After the controversial teen drama’s stellar first week viewership of the series dropped 52 percent for the second show.  Monday’s ‘Skins’ episode had 1.6 million viewers whereas last week’s had 3.3 million.

The poor quality of the show – sources say that ‘Skins’ which is filmed in Toronto, Canada, comes off “more like a mediocre episode of Degrassi” than the critically acclaimed British version.   Advertisers such as Schick and Taco Bell have cancelled their sponsorship of the show – this can’t help.

‘Skins’ creator Bryan Elsley came out with  the statement that ‘Skins’ was “rather old fashioned” yesterday.  Perhaps in his world….