NBC Has Their Eye On Ryan Seacrest For ‘Today Show’ 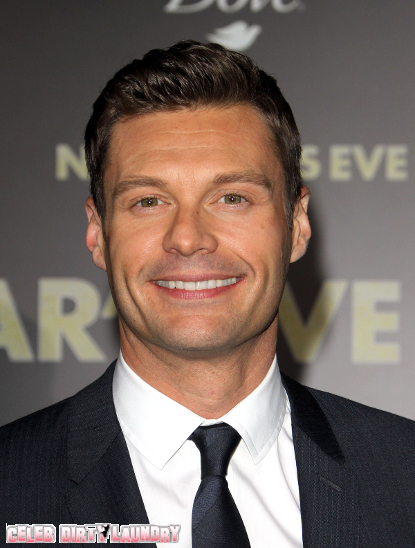 Let’s face it, everyone seems to want Ryan Seacrest from something. And now the powerhouse Today Show has their eye on the American Idol host as a possible replacement for Matt Lauer, should the Today Show veteran ever choose to hang up his early-morning talk show hat for good.

By no means is The Today Show kicking off/getting rid of/firing Matt, who has proven to be a stable force in light of the drastic changes the show has made over the past few years to their female co-anchors. However, after Matt has insinuated to producers that it may be time for him — after nearly 14 years as a co-anchor — to leave the show, producers are already hunting down possible replacements. And they have their eye on one of the most powerful entertainment moguls in the world: that man with the cheezballs grin, Ryan Seacrest.

NBC executives and a gaggle of other professional people with important titles, met with Seacrest this past Tuesday to see if he’d be interested in the possible future position. These talks are, of course, preliminary. By no means are they final and, as things often go in the entertainment industry, could fall apart at any moment.

Hm, it’ll be interesting to see where this one goes. Who out there would want to wake up to the sound of Ryan’s E!-tastic voice? Who needs a cup of coffee when you could have that lil’ bundle of energy wake you up every mornin’?

Basically, all major parties involved in this situation (Lauer’s agent, spokespeople for Ryan, NBC Universal) were contacted by the Wall Street Journal, but they ultimately declined to comment on these ongoing dealings.