New Baby Brought John Travolta And Kelly Preston Back Together 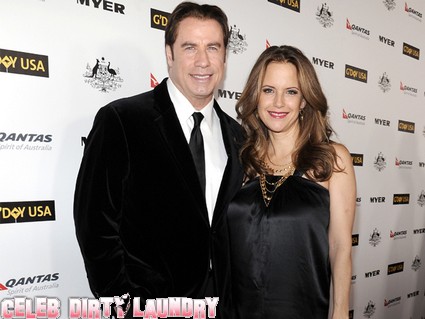 Apparently John Travolta secretly separated from his wife, Kelly Preston, after the death of their son, Jett according to the National Enquirer.

It happened when John decided to take off on a cruise to ease his mind after his 16-year-old autistic son died of a seizure in January 2009.

“The cruise was a turning point in their relationship,” a family friend revealed.  “John was on the verge of a complete breakdown. But at some point he decided his life with Kelly must go on, and what they needed was another baby.”

The couple had been in intense counseling after their son died but it didn’t seem to help, said the source.

“John and Kelly were so shell-shocked they were numb,” the source said. “They weren’t able to do the work they needed, and they were drowning in sorrow.“

Two months after that, John, 57, embarked on a five-day cruise of Mexico and Central America with a group of bud¬dies, say sources.

“At one point he told a pal, ‘I can’t go on like this. Kelly and I have become strangers. All she does is cry. I think it’s time we both start over.'”

The cruise was organized as an eat-drink-and-be-merry excursion, but in the end, John abandoned ship, flew home to Kelly, 48, and they resumed counseling, the source said.

John emerged bursting with hope that a new baby could save the marriage, say sources.

“They learned from their sorrow, and their love bonded them again, paving the way for a baby,” revealed the source.