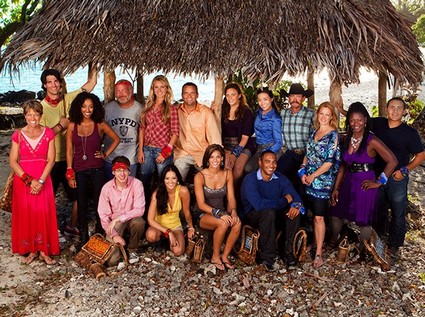 It is that time again!  My favorite show Survivor will be premiering September 14th, 2011 with a whole new group of contestants.  Because the Redemption Island twist worked so well last season they are bringing it back with one major change, with the elimination of group duels, meaning each competition will truly be a win-or-go-home situation.  Sixteen new castaways will embark on the adventure of a lifetime as they are abandoned in the South Pacific. They will face unrelenting storms, scorching temperatures and unforgiving water.   They will be joined by two returning players who are seeking their own shot at redemption.

Two returning players will be coming back those names will be revealed later in the week.  We have heard rumors that the two returning cast members will be ‘Coach’ Benjamin Wade from Season 11 of Survivor Tocantins and Ozzy Lusth from Survivor Cook Island.  No confirmation yet.

A new twist this year to the show according to host Jeff Probst is: “This year with hidden immunity idols, we’re hiding the clue.  No clue as to where the clue is. Once you find the clue, then you have to find the idol.”

For video footage and interviews with the contestants go HERE!

We will be covering all the Survivor recaps, updates and spoilers this season, so don’t forget to come back and visit us!