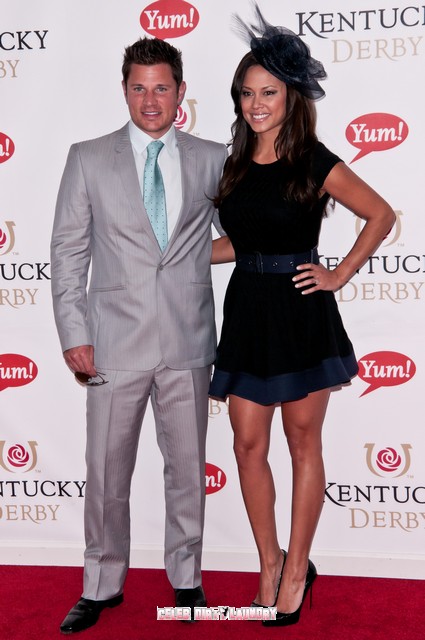 Singer Nick Lachey and TV host Vanessa Minnillo have married during a secret ceremony on a tropical island.  The former 98 Degrees singer proposed to Minnillo last November after four years of dating.

It is Minnillo’s first marriage; Lachey was previously wed to Jessica Simpson.  The pair exchanged vows on Friday inviting just 35 close friends and family by sending them plane tickets to the event.  The guests were then flown to a mystery location to attend the ceremony.

Lachey says “Our wedding invitations were in the form of a plane ticket. We told them they were going away and the attire was ‘island chic’. It was all very vague.”

Lachey’s new bride is already planning to become a mum.  Minnillo says, “For us, this is just a stepping stone to do what we ultimately want and that’s to start a family together.

Congrats to Nick and Vanessa!