Nick Lachey and Vanessa Minnillo Tie The Knot on TLC 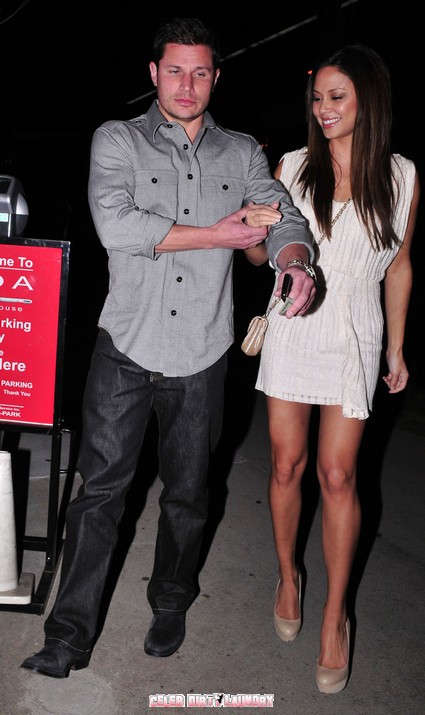 So much for privacy, Nick Lachey and Vanessa Minnilo have announced that their wedding will be televised. The wedding special will air on TLC just a few weeks after the two walk down the aisle. The actual wedding date is still unknown. I love Nick Lachey and all, but this will never top Newlyweds.

“We’re lucky to have such passionate and loving fans, and we thought partnering with TLC on this special would be the best way to share the exciting journey we’re on with all the people that support us and our relationship,” the couple said recently.

Whatever keeps you in the media! The special will give viewers a front row seat to the ceremony, the wedding shower, and Vanessa’s wedding gown hunt.

After the wedding, Nick has plans to start a family as soon as possible.

“I’d like to be a dad sooner than later. I’m getting up there. I’ve gotta catch up with my brother. [Drew’s] got two and I’ve got zero, so the pressure is on me!” he said recently.

The pair has been dating since 2006 and got engaged in the fall of 2010. While this is a little out of character for these two to want to publicize their wedding, I’m sure it will be beautiful to watch. I’m just waiting for Jessica Simpson to announce that her wedding will also air on TLC, right after Nick and Vanessa’s.