Nicolas Cage Chased A Naked Stranger Out Of His Home 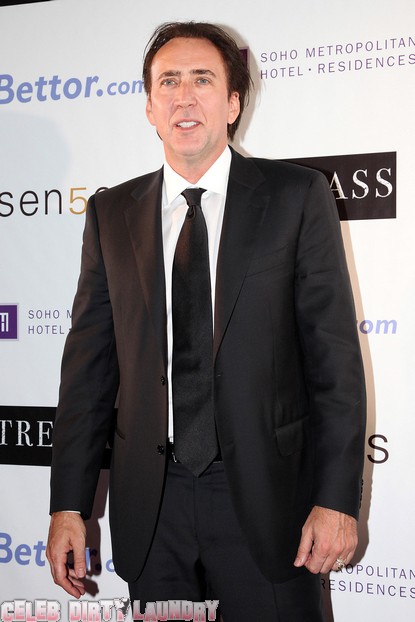 In doing promotional duties for his new movie, Trespass, Nicolas Cage revealed that the movie hit home with him. Apparently, he had to chase a guy who broke into his home while he and his family were sleeping.

The intruder was said to be standing over his bed, holding a Fudgesicle. Crazy, right?!?

He said, “I have lived through the nightmare, I have been one of those people who has been through a home invasion. I was living in Orange County in Los Angeles at the time, I was asleep with my wife, my two-year-old at the time was in another room. And I opened my eyes and there was a naked man in my leather jacket eating a Fudgesicle in front of my bed.”

He revealed, “It sounds funny. But it was horrifying. He ran into my bathroom, and I said, ‘What are you doing in my house? Get out of my house!’ And I did talk him into getting out, and some people came and they put him into a facility. I didn’t press charges because I realized he wasn’t all there.”

He added, “The cops said to me, if he had broken into any other house in this neighborhood he’d have been shot. But I don’t have a gun in my house, and I’m always going to try and talk you out of violence if I can. But it was horrible for my wife, and I could never really stay in that house after that.”