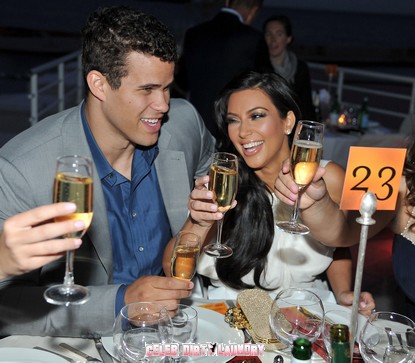 What has happened to love and marriage – ‘until death do us part?’ Nothing really except that it has been replaced by careful financial planning. Kim Kardashian and Kris Humphries are planning to get married and probably have children but before they do their lawyers and accountants will make sure that each is suitably protected by prenuptial agreement.

Sources close to the couple say both Kim and her NBA star hubby-to-be are telling friends, “It’s the smart thing to do.”  Both Kim and Kris are rich – Kim is worth a reported $35 million and Kris is making $3.2 mil a year with the Nets and his family also owns restaurants in Minnesota – his net worth is estimated at $8 million.

So the situation basically becomes one of taking marriage vows while already having planned for divorce. Of course its not like anyone expects Kim Kardashian to stay married to a basketball player – he is okay for now because he makes her appear petite when they are together – but soon she will be wanting a man who wields power, not a basketball.