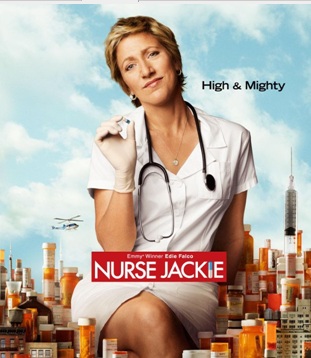 There is a new nurse coming to Nurse Jackie in the third season so hints executive producer of the show Liz Brixius.  The nurse’s name will be  Kelly and she will be played by The Wire star Gbenga Akinnagbe.  The character will be sometimes bad and sometimes good but one thing we know for sure he will cause trouble for Nurse Jackie played by Edie Falco.  Kelly will make friends with the other members of the staff but will not pander to Jackie.

“This is a guy that she’s not going to be able to win over,” she said. “He’s not just going to fall in line.  However, Brixius added that Kelly will need everyone to like him, hinting: “He’s not what he seems.”

If you have not watched Nurse Jackie the show is about a drug-addicted nurse who struggles to find a balance between the demands of her frenetic job at a New York City hospital and an array of personal dramas.  The show airs on Showtime and if you haven’t seen it give it a try it is a great show with a great cast.  Have you watched Nurse Jackie?  Tell us what you think about the show it in the comments below.