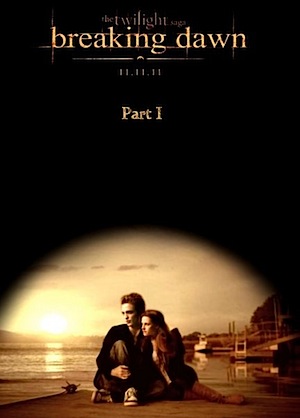 With only two months before one of the most highly anticipated films has been released the tracklisting for the Breaking Dawn Part 1 soundtrack is here.  Twi-hards who have devoured every piece of information  released can now get a feel for the movie.  As announced last week,  Bruno Mars will get the lead single honors with “It Will Rain”.  The ballad is supposed to match the film’s darker theme.

Robert Pattinson did appear on the soundtrack for ‘Twilight,’ but despite rumors of a future singing career, he doesn’t contribute any songs  to ‘Breaking Dawn Part 1‘ soundtrack.

The soundtrack will hit stores November 8th, 2011 tens days before the film hits the theaters.  Let us know what you think of the track list, will you be heading out to buy it?