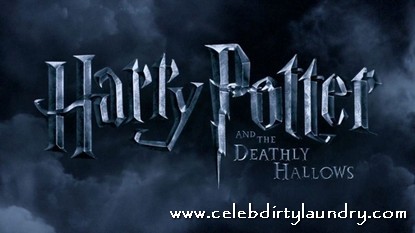 The official trailer for “Harry Potter and the Deathly Hallows: Part 2” was released yesterday. According to iTunes, the second part of the dramatic conclusion to the wildly popular series can be described as follows:

“The much-anticipated motion picture event is the second of two full-length parts. In the epic finale, the battle between the good and evil forces of the wizarding world escalates into an all-out war. The stakes have never been higher and no one is safe. But it is Harry Potter who may be called upon to make the ultimate sacrifice as he draws closer to the climactic showdown with Lord Voldemort. It all ends here.”

The released trailed shows us just enough just to ignite our interests in the grand finale, but still leaves us wondering so much about the film that we can’t wait to see more. It opens with the famous theme song ringing out with a new eerie feel to it. There are many different images flashed, the first one being of one of the horcruxes. That is followed up with Voldomort’s very recognizable voice trying to lure Harry Potter. We see a scene where Voldomort is strolling through a room filled with bodies writhing on the ground, some dead. For those that haven’t read the book, we see the dark fate of some of the characters as the wizarding world enters this war.

There is more epic scenes flashed that gives us an idea of what events might occur in this book. Snape’s face is flashed multiple times. Also, the phrase, “only one can live,” is flashed in the video, giving us the idea that either Harry or Voldemort will be dead by the end of the film. It hints that we might see the death of a few characters. In one scene, we see Harry tell Voldemort, “Let’s finish this the way we started…Together!” and the two go plummeting off a high ledge.

So how many of you will be preordering your tickets for the midnight release on July 15th? This Harry Potter movie is sure to be one of the highest anticipated ones yet.