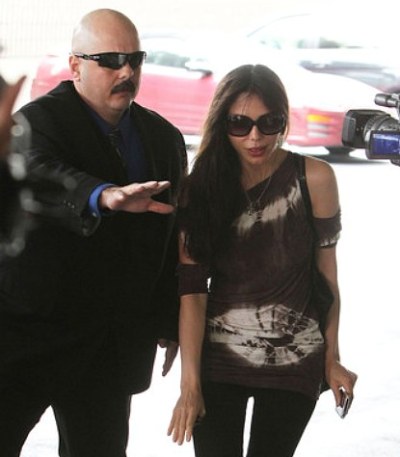 Well, there’s been a lot of he-said, she-said going on with the Mel Gibson and Oksana Grigorieva cases. Yesterday, CelebDirtyLaundry.com was informed that Oksana’s former bodyguard, Kristian Herzog, has sided with Mel.

Given that he has been present for all of her lawyer meetings, he may know a few things about what’s going on with the situation. Still, he claimed that he knew Oksana made stuff up about Mel beating her and said they even had sex. Eww.

Of course, in a new interview today, she’s calling him a liar. Even though he touted her abilities in the sack, referring to her as a “sexual sorceress”.

When asked her thoughts on her former bodyguard taking Mel’s side in the case, she replied, “He’s a liar.”

We don’t think things are looking too good for Oksana at this point. Do you? Or do you think that Mel paid the bodyguard off? Stranger things have happened, right?