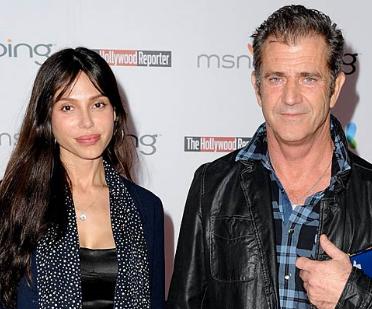 Well this is surprising Oksana Grigorieva’s ex body guard Kristian Herzog is claiming that Oksana exagerated and lied about  her abuse claims against Mel Gibson.  Gisbson has always claimed that he slapped Oksana because she was shaking Lucia his daughter and did not punch her.  Now Herzog is claiming that Oksana actually told him Gibson only slapped her and never punched her.

Herzog — who has been subpoenaed by Mel’s lawyers in the custody war  — tells us Oksana admitted to him that she secretly taped Mel Gibson “to pressure Mel to pay her money.”  Oksana is currently being investigated by the L.A. County Sheriff’s Department for alleged extortion.

Herzog — who was privy to virtually every conversation Oksana had with her lawyers — claims he had a sexual relationship with Oksana — she denies it.

On Monday Gibson’s lawyer Blair Berk went to court to try to prevent Gibson from being charged with domestic violence and abuse.  Now the bodyguard is going to testify on Gibson’s behalf  – seems a little to coincidental too me.  Do I smell a payoff here?  What do you think?