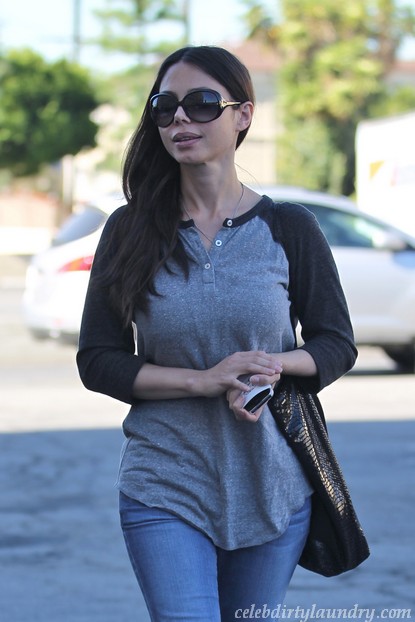 In a surprising move today, Oksana Grigorieva has dropped her domestic violence claim against Mel Gibson.

Her lawyer told the judge that she would no longer be pursuing the claims that Mel assaulted her as grounds to alter their custody agreement. If you’ll recall, she claimed that he hit her in the face while she was holding their baby Lucia. She said that he knocked her teeth out during the scuffle.

Now, she has dropped the claims, in an attempt to settle their custody case. Did someone get paid off???

And the DV protective order Oksana obtained — prohibiting Mel from contacting or harassing her — has also been terminated. Sources connected with Oksana say she would like to be able to communicate directly with Mel, rather than using intermediaries. No word on whether Mel feels the same way — though we’re guessing not.

Horowitz did not say if Oksana is still pursuing a civil lawsuit against Mel.