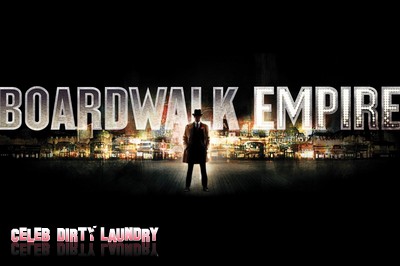 We’ve been watching ‘Boardwalk Empire’ religiously since it began on HBO last year. We cover ‘Boardwalk Empire -Season 2’ on Celeb Dirty Laundry reporting previews, recaps, synopses on what we consider to be the leading show on TV since ‘The Sopranos.’ Now we have decided to present our ‘Boardwalk Empire Wish List’ which while being entirely notional and personal might reflect some of your thoughts as well.

‘Boardwalk Empire’ is a crime drama set in Atlantic City, New Jersey, during prohibition.  Note that ‘The Sopranos’ was also set in New Jersey – is that a coincidence? It stars Steve Buscemi as Enoch “Nucky” Thompson. The show was adapted, by Emmy Award-winning screenwriter and producer Terence Winter of The Sopranos, from a book about historical criminal kingpin Enoch “Nucky” Johnson by Nelson Johnson entitled Boardwalk Empire: The Birth, High Times, and Corruption of Atlantic City.

Although many of the characters surrounding Nucky and all but the basics of his life are fictionalized – the show exudes believability – because of the quality of the acting and directing. The very famous gangsters depicted in the show are pretty much true to life – Al Capone, Johnny Torio, Lucky Luciano, Meyer Lansky and Arnold Rothstein – they are based on the real criminals’ personalities and actions.

Back to the wish list – remember this is just based on my own feelings – feel free to disagree and add comments of your own:

1) I want to see Nucky kill Jimmy Darmody – Nucky was like a father to Jimmy and also provided for his mother – of course Nucky also pimped Jimmy’s mother to the Commodore Louis Kaestner, Jimmy’s biological father, when she was barely a teen… .

2) A fellow editor wants to see Margaret and Nucky marry. I don’t – I hate Margaret, especially since she slept with Owen. Margaret strikes me as a totally mercenary type who can be trusted only as far as her self-interest dictates.

3) I want to see Owen switch his true allegiance to Nucky rather than maintain his bond with the IRA. In fact I would not complain if Owen kills Jimmy.

4) We want to see Van Alden switch sides from being the stiff martinet law-enforcement fanatic to co-operating with Nucky. Van Alden is at least as crazy as any of the criminals.

By the way, my favorite characters in the show are Nucky and Albert “Chalky” White – played by Michael Kenneth Williams. I remember Williams from ‘The Wire’ where he played Omar Little – far and away the best thing about that show.

Please tell us about your wish list for Boardwalk Empire in the comments below.